"So what exactly is Artificial Intelligence anyway? "

As an engineer, I know that naming things is hard. And as a Steven Pinker fan, I know that language is intrinsically culturally defined and flexible. But when you run an A.I. company you get this question a lot. Unfortunately there is no exact, black and white, answer - but that doesn't stop me from giving it my best shot.

After a few years running a company named after a Freight/AI pun, and hours upon hours explaining the nuances of A.I. tools and tactics to the trucking industry, I've really come to the conclusion that simple is always better than clever. And in that spirit of simplicity here's an explanation of A.I. that doesn't use the word "machine learning" once!

Side note: if you want to see how I used to think about it before launching the company, check out my "launch post" from 2016: AI is Disrupting Logistics, You Just Don't Notice.

Why is A.I. a poorly defined category?

The last three generations of technology have been relative easy to categorize and explain. That's because these generations are mostly defined by the tools themselves.

We can all agree that a monitor on a desk is a "desktop", that AOL was the "web", and that Uber is a "mobile" company. But when it comes to "A.I.", the consensus breaks down pretty quickly.

The most technically correct definition I have come across is that "AI is any technology that emulates human intelligence".

But emulating "human intelligence" doesn't really do anything, because, well, no one can agree on what the heck human intelligence is. It's a conversation philosophers and podcasters have been having for millennia.

See? It's just inherently murky. Shades of gray one might say.

As simple as possible...

The following is certainly imperfect and incomplete, but as least its simple!

Traditional computing deals with black or white - at its core everything is 0 or 1. These traditional systems take in information, run calculations, and spit out specific answer.

For example, a "traditional" mapping application might take in current location, distance to destination, the strategy you've chosen (fastest, no tolls, etc), and traffic conditions and spits out a specific time  "Your arrival time is 6:52pm".

Artificial Intelligence, on the other hand, deals with the grey. We take a data set, and then use statistics and algorithms to find patterns and predict outcomes along with a confidence interval. AI predictions are always somewhere in between 0 and 1. In other words, A.I. helps us describe ambiguity.

Taking the same ETA example - an A.I. approach would say "my training data has seen similar situations and patterns X times, and 93% of those arrived in Y minutes, so our best guess is that you will arrive between 6:43pm and 7:02pm" 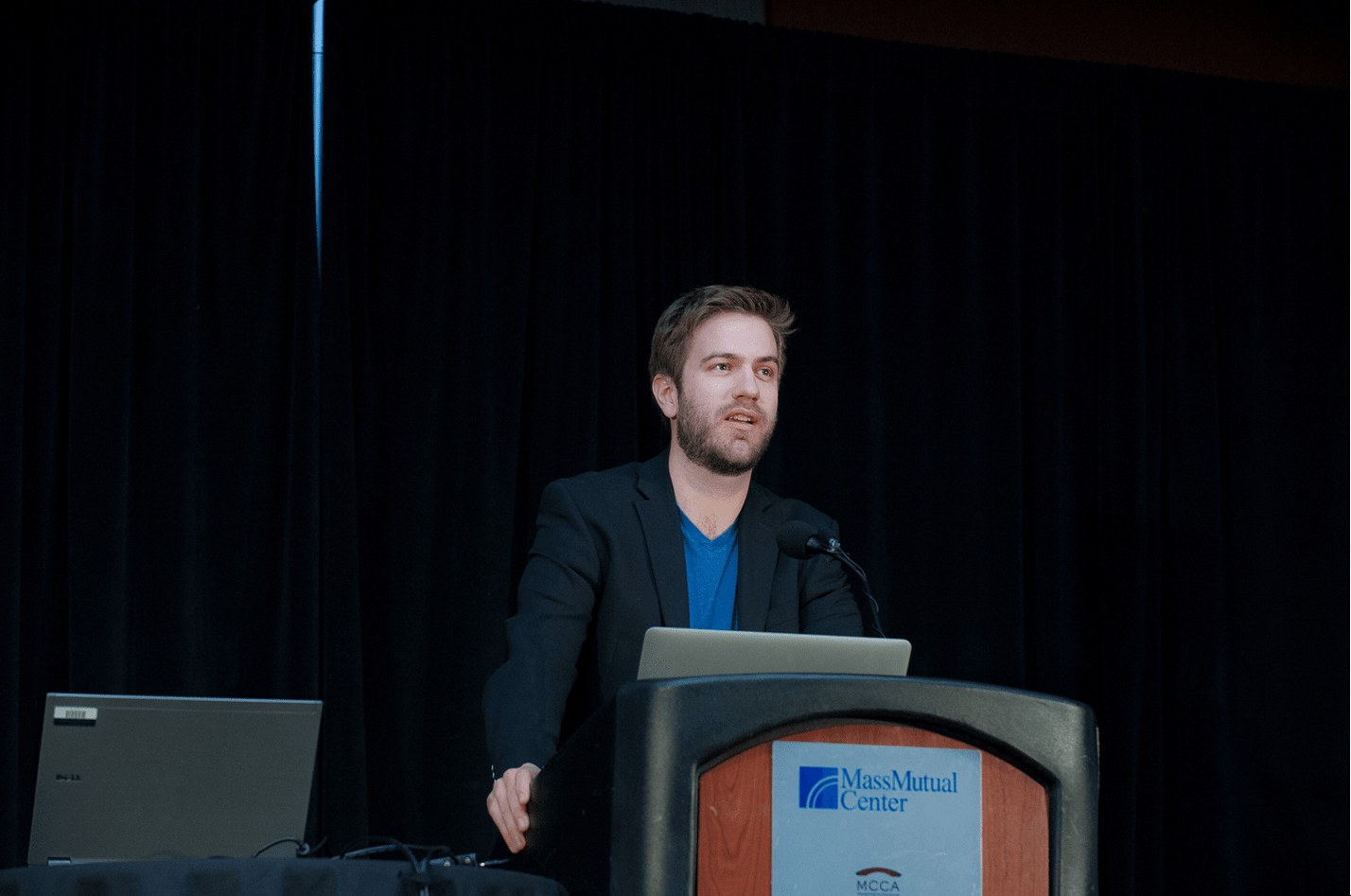 Back in 2014 I had the opportunity to speak to over 600 students on my journey from a dorm room entrepreneur to serial founder.

Five years ago I moved to NYC, slightly apprehensive about only one thing — every time I had visited in the years prior, there was this unbelievable majesty I felt as